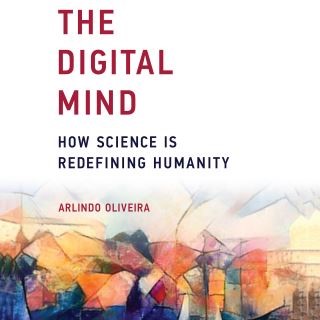 How Science is Redefining Humanity

What do computers, cells, and brains have in common? Computers are electronic devices designed by humans; cells are biological entities crafted by evolution; brains are the containers and creators of our minds. But all are, in one way or another, information-processing devices. The power of the human brain is, so far, unequaled by any existing machine or known living being. Over eons of evolution, the brain has enabled us to develop tools and technology to make our lives easier. Our brains have even allowed us to develop computers that are almost as powerful as the human brain itself. In this book, Arlindo Oliveira describes how advances in science and technology could enable us to create digital minds.

Exponential growth is a pattern built deep into the scheme of life, but technological change now promises to outstrip even evolutionary change. Oliveira describes technological and scientific advances that range from the discovery of laws that control the behavior of the electromagnetic fields to the development of computers. He calls natural selection the ultimate algorithm, discusses genetics and the evolution of the central nervous system, and describes the role that computer imaging has played in understanding and modeling the brain. Having considered the behavior of the unique system that creates a mind, he turns to an unavoidable question: Is the human brain the only system that can host a mind? If digital minds come into existence--and, Oliveira says, it is difficult to argue that they will not--what are the social, legal, and ethical implications? Will digital minds be our partners, or our rivals?