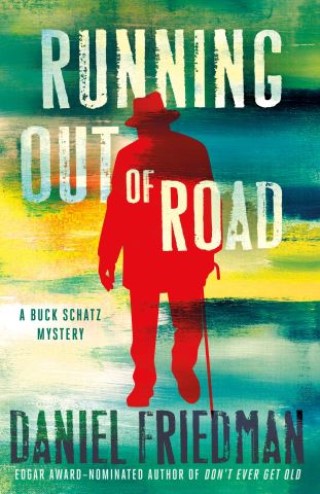 Running Out of Road

The Edgar Award-nominated Buck Schatz series of mysteries featuring a retired cop in Memphis continues with Running Out of Road.

Once, Detective Buck Schatz patrolled the city of Memphis, chasing down robbers and killers with a blackjack truncheon and a .357. But he's been retired for decades. Now he's frail and demented, and Rose, his wife of 72 years, is ill and facing a choice about her health care that Buck is terrified to even consider. The future looks short and bleak, and Buck's only escape is into the past.

But Buck's past is under attack as well. After 35 years on death row, convicted serial killer Chester March finally has an execution date. Chester is the oldest condemned man in the United States, and his case has attracted the attention of NPR producer Carlos Watkins, who believes Chester was convicted on the strength of a coerced confession. Chester's conviction is the capstone on Buck's storied career, and, to save Chester's life, Watkins is prepared to tear down Buck's reputation and legacy.

Daniel Friedman: DANIEL FRIEDMAN is a graduate of the University of Maryland and NYU School of Law. He lives in New York City. Don't Ever Get Old won a Macavity Award for Best First Novel, and Lionel Wigram, the producer of four Harry Potter films and the Sherlock Holmes sequel, is both producing and writing the script for the movie version.