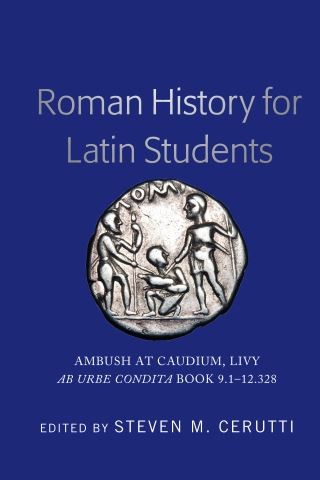 In the first twelve chapters of Book 9 of his Ab Urbe Condita, Livy tells the story of how, in 321 B.C., a young and untested Samnite commander named C. Pontius traps four Roman legions in the narrow mountain pass in the southern Apennines called the Caudine Forks. Stunned at his own success, he seeks the counsel of his father, who tells him that he must either let them go unscathed or slaughter them all to the man; there is no third option. For Pontius, however, turnabout is fairer play: long bristling under the jackboot of Roman saevitia et superbia, he decides to take this opportunity to inflict a little of his own. He frees the Romans, yes, but only after humiliating them by making them strip to their under-tunics and crawl beneath the yoke of the vanquished. What Pontius fails to realize is that the Romans will never suffer such indignation without answering with absolute reprisal. So, by his own foolish act of saevitia et superbia, Pontius guarantees the very outcome he was trying to avert: the destruction of his people and the ultimate hegemony of Rome throughout peninsular Italy.

This gripping story of Roman honor and fortitude under fire, at a time when Rome’s hegemony on the Italian peninsula was far from a foregone conclusion, is presented in Roman History for Latin Students: Ambush at Caudium, Livy Ab Urbe Condita Book 9.1–12.328 for the first time in a student-friendly edition, complete with Latin text (328 lines), a full vocabulary, and a comprehensive apparatus of notes on grammatical matters and rhetorical terms.