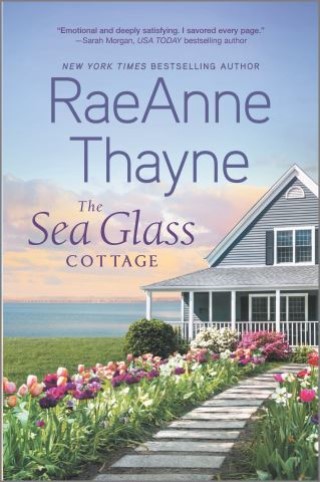 From the New York Times bestselling author RaeAnne Thayne comes a brand-new novel for fans of Debbie Macomber and Susan Wiggs. RaeAnne Thayne tells the story of an emotional homecoming that brings hope and healing to three generations of women.

The life Olivia Harper always dreamed of isn’t so dreamy these days. The 16-hour work days are unfulfilling and so are things with her on-again, off-again boyfriend. But when she hears that her estranged mother, Juliet, has been seriously injured, Liv has no choice but to pack up her life and head home to beautiful Cape Sanctuary on the Northern California coast.

It’s just for a few months—that’s what Liv keeps telling herself. But the closer she gets to Cape Sanctuary, the painful memories start flooding back: Natalie, her vibrant, passionate older sister who downward-spiraled into addiction. The fights with her mother who enabled her sister at every turn. The overdose that took Natalie, leaving her now-teenaged daughter, Caitlin, an orphan.

As Liv tries to balance her own needs with those of her injured mother and an obstinate, resentful fifteen-year-old, it becomes clear that all three Harper women have been keeping heartbreaking secrets from one another. And as those secrets are revealed, Liv, Juliet, and Caitlin will see that it’s never too late—or too early—to heal family wounds and find forgiveness.

RaeAnne Thayne: New York Times bestselling author RaeAnne Thayne finds inspiration in the beautiful northern Utah mountains where she lives with her family. Her books have won numerous honors, including six RITA Award nominations from Romance Writers of America and Career Achievement and Romance Pioneer awards from RT Book Reviews. She loves to hear from readers and can be reached through her website at www.raeannethayne.com.