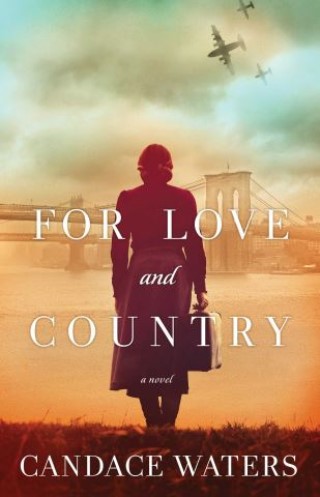 For Love and Country

For fans of Janet Beard’s The Atomic City Girls and Marie Benedict’s The Only Woman in the Room, this powerful, romantic novel tells the story of a woman determined to aid her country, finding love in the midst of tragedy along the way during World War II.

When Lottie Palmer runs away the day before her wedding to join the Navy WAVES program, she not only leaves behind a fiancé, but also the privileged lifestyle that she has known as the daughter of one of the most important manufacturers in Detroit’s auto industry. Spurred by a desire to contribute meaningfully to the war effort, Lottie pours all of her focus and determination into becoming the best airplane mechanic in the division, working harder than she’s ever worked before.

Her grit impresses her handsome instructor, Captain Luke Woodward. But when the war ramps up and she is assigned to Pearl Harbor she must fight her growing feelings for Luke and navigate her role as one of the only female mechanics among a group of men, all while finding out what it means to be your own hero.

Illuminating the story of a woman who sets out to make a difference in the world by following her heart, Candace Waters draws on her extensive research, transporting us from Detroit to New York, and San Diego to Pearl Harbor during the tumultuous time of World War II.

Candace Waters: Candace Waters lives and works in Brooklyn. Her great-aunt and great-uncle were survivors of the attack on Pearl Harbor. She is the author of For Love and Country.