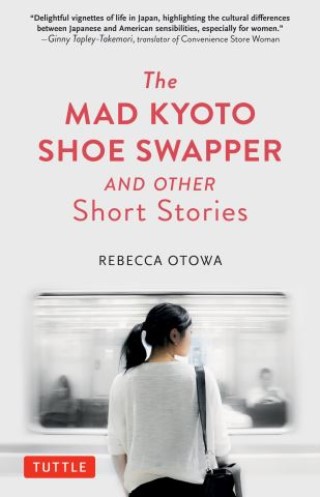 The Mad Kyoto Shoe Swapper and Other Short Stories

"Otowa has woven a series of delightful vignettes of life in Japan, from a true historical story of feuding villages to a man who steals shoes at temples…and some highlighting the cultural differences between Japanese and American sensibilities, especially for women." — Ginny Tapley-Takemori, translator of Convenience Store Woman

From the unique standpoint of an American woman who married into a Japanese family and has lived in Japan for more than thirty years, Rebecca Otowa weaves enchanting tales of her adopted home that portray the perspective of both the Japanese and the foreigner on the universal issues that face us all—love, work, marriage, death, and family conflict.

Illustrated throughout with the author's own black-and-white drawings, this captivating volume offers a unique and lovingly rendered insight into everyday life in modern Japan.