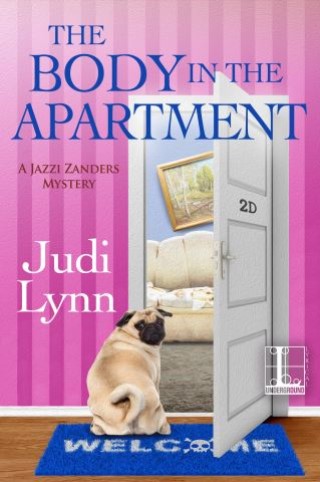 The Body in the Apartment

The charming homes of River Bluffs, Indiana, make perfect projects for house-flipper Jazzi Zanders. Less charming is her hothead brother-in-law, who's a bit of a fixer-upper himself.
But could he also be a murderer?

Jazzi married her gorgeous contractor Ansel—not his family. But somehow she keeps living with them. So she's delighted to help Ansel's brother Radley move out of their home and into his own place, in the same building as his work supervisor, Donovan. But when Donovan is shot and his apartment ransacked following an argument with Ansel and Radley's older brother Bain, their sibling becomes a suspect—especially after his missing gun turns up as the murder weapon.

Told not to leave town by Detective Gaff, big brother moves in with . . . Jazzi and Ansel. Now Jazzi needs to prove Bain's no killer, not only to keep him out of jail—but to get him out of their house. What was the killer looking for in Donovan's apartment? And what will happen to the next person who gets in the way?