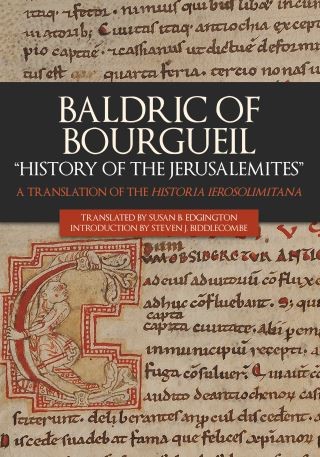 Baldric of Bourgueil: "History of the Jerusalemites"

A Translation of the Historia Ierosolimitana

The Historia Ierosolimitana is a prose narrative of the events of the First Crusade written at the abbey of Bourgueil in the Loire Valley around 1105. Its author, the abbot Baldric, used the anonymous Gesta Francorum for much of the factual material presented, but provided literary enhancements and amplifications of the historical narrative and the characters found therein, in order, as Baldric says, to make the Historia more worthy of the miraculous events it describes. Although a Latin edition was published in 2014 by Boydell & Brewer, here is the first ever translation into a modern language of the Historia lerosolimitana. This new edition uses versions of the text - from French, English and Spanish scribal houses - illustrating a vastly expanded and historically extended reception for the Historia. It will contribute to this revised exploration of the First Crusade, and facilitate much wider debates about the place of history writing in medieval culture, textuality and manuscript transmission. STEVEN BIDDLECOMBE is the editor of the new critical edition of Baldric of Bourgueil's Historia lerosolimitana (Boydell, 2014) and is a Senior Lecturer in Medieval History at Nottingham Trent University. SUSAN EDGINGTON is a Teaching and Research Fellow at Queen Mary University of London. She has been responsible for the editing and/or translation of several significant crusading texts.