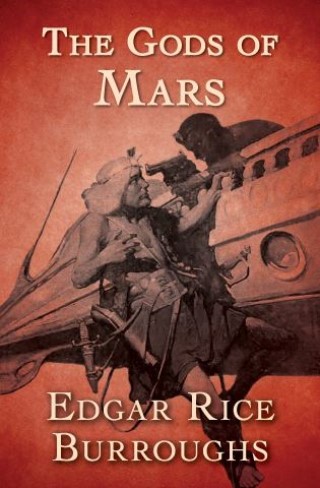 The Gods of Mars

The Barsoom series continues: John Carter returns to Mars to face a deadly race of alien gods in this classic space adventure.

When Civil War veteran John Carter was mysteriously transported to Mars—known by its inhabitants as Barsoom—he found love with Dejah Thoris, Princess of Helium, and a home closer to his heart than any he knew on Earth. After being sent unwillingly back to his native planet, Carter is finally making his return to Barsoom. But instead of arriving at the land of Helium, he finds himself a world away from his Martian love—in the Valley of Dor.

Controlled by the Therns, an alien race of self-proclaimed gods, the Valley of Dor is a dangerous realm from which no one has ever returned. There, Carter reunites with his Martian friend Tars Tarkas, and together they mount a daring escape. But when Carter finally makes it to Helium, he will discover his adventure has only just begun, as Dejah has ventured into the Valley of Dor to find him . . .

Edgar Rice Burroughs:
Edgar Rice Burroughs was an American fiction writer best known for his celebrated and prolific output in the adventure and science-fiction genres. Among the most notable of his creations are the jungle hero Tarzan, the heroic Mars adventurer John Carter, and the fictional landmass within Earth known as Pellucidar.